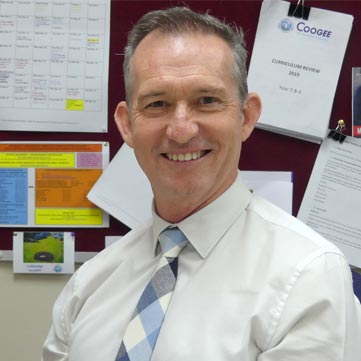 BACK TO ALL TEACHERS

Mr Sullivan attended Morley Senior High School, which he left in Year 11 to complete a 4-year apprenticeship. He has been a business owner and he represented Western Australia in running as both a Junior and Senior athlete, and was a senior State Champion. Mr Sullivan is a father of five and he has completed two Masters of Education whilst also working as a Principal.

Mr Sullivan has conducted research projects into effective teaching of reading comprehension, in conjunction with UWA and Edith Cowan University.  He has studied at Masters and Doctoral level at UWA, where he researched School Leadership, and the effects of globalisation and New Public Management on the role of Principals. Mr Sullivan travelled to England in 2015, on a UWA study tour, to investigate the English Public System and to attend Oxford University to study the implications of brain science on effective teaching.

Mr Sullivan has been a Keynote speaker in Sydney for Learning Difficulties Australia on several occasions, and he is a Fellow of the Australian Council of Educational Leadership (WA). Mr Sullivan has had a number of papers published on effective teaching and school leadership, and he is a co-author of Reflective Behaviours, a restorative approach to supporting students with behaviour difficulties.

Mr Sullivan is committed to ensuring all students at Coogee Primary School receive a broad education, supported by highly effective teaching from enthusiastic and committed teachers. He is passionate about continual improvement to ensure our students receive a high quality education, which is comparable with the best schools in Western Australia. His guiding beliefs are, Education is for improving the lives of others and for leaving your community and world better than you found it – Every Child Matters Every Day. 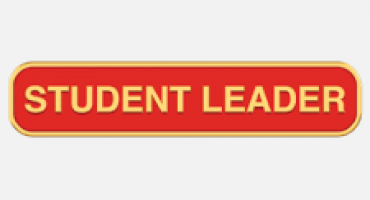 Please fill in your details below